Once upon a time there was a thick wall, firmly anchored to the ground to divide two “properties” in opposition. Now, there is a flying carpet that floats soft and light, without resting on any point on the ground. “Vision in Motion” reverses the historical perspective and creates a new field of meaning: the work signed by Patrick Shearn for the commemoration of the 30th anniversary of the fall of the Berlin Wall cancels the traditional “firmitas” of the physical barrier to create an aerial expanse and colored, without gravity.

From 13 August 1961 to 9 November 1989 the “iron curtain” had prevented the free mobility of people between the territory of East and West Germany. At that exact point, there is now an installation made of 120,000 strips of yellow fabric, aqua green, blue, purple, and fuchsia. 30,000 messages are printed on the ribbons, written for the occasion by the German people and by the world community, to recall the tragic events of this unbeatable line.

In Shearn’s work the wall shatters, explodes into thousands of fragments that float designing a 130-meter peace parade, headed for the Brandenburg Gate. 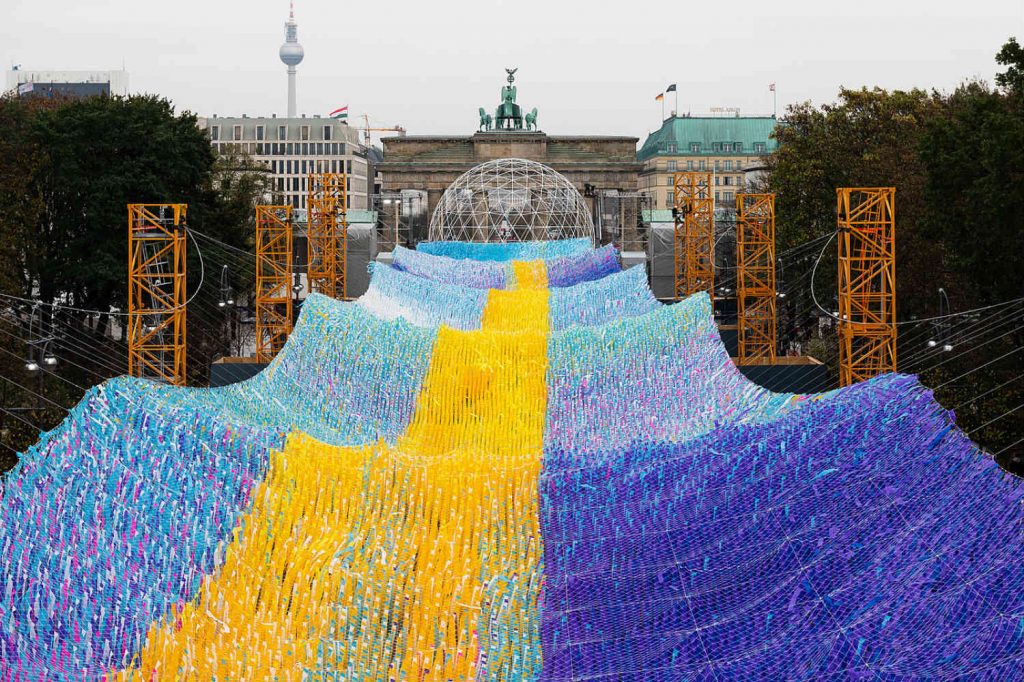 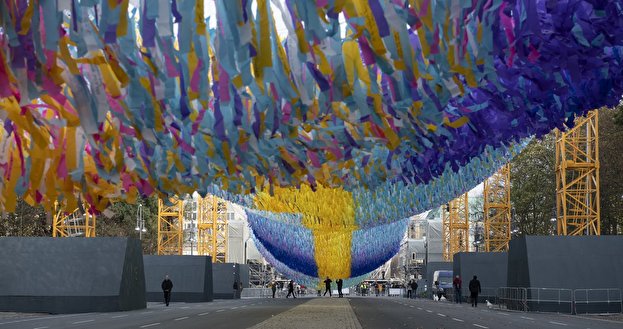