As part of the virtuous initiative that has seen the redevelopment of the dressing rooms of the Theatre and their unprecedented opening to the public during the Milan Design Week, Nesite Interior has supported the project of Calvi Ceschia Viganò with the realization of custom systems.

Show Bees and TAM Teatro Arcimboldi Milano present VIETATO L’INGRESSO (translated: FORBIDDEN ENTRANCE), an initiative developed at the same time as the Fuorisalone that has allowed, after a year of forced closure, to reopen the doors of the Theatre to the general public and make temporarily visitable the areas previously reserved for artists. An ambitious project, which involved the renovation of seventeen different dressing rooms and the collaboration of several architectural firms and brands, united in support of the world of art and culture.

The dressing rooms, whose renovation began on the 7th of June, were unveiled on the 4th of September with an official opening night. Until the 27th of September, visitors will be able to vote for their favourite project and select a winner who will be commissioned to renovate the “Camerino Muti”, the main Camerino inside the Theatre.

Among the event’s technical partners is Nesite Interior, supporting Calvi Ceschia Viganò’s project for Camerino n.3. Nesite Interior, thanks to the work of the craftsman and designer Simone Piva – an integral part of the company division – was in fact responsible for the creation and supply of all the made-to-measure furnishing systems and the boiserie, both wall and ceiling. “We enthusiastically participated in VIETATO L’INGRESSO,” say Nesite Interior, “sharing the strong message of inclusiveness that the initiative promotes. The prolonged moment of difficulty that the world of Art and Entertainment is experiencing is a condition that affects us all, and has pushed us to actively contribute to preserving the symbolic places where the magic of theatre is born”.

The project, which is called “Diorama” because of its cosy and intimate aspect, is precious and naturally inspired: “We imagine the artists living in these spaces the dreamy reality of a “Diorama”, a miniature landscape, in which everyone can feel welcomed and cared for in their own intimacy”, comment Architects Marco Calvi, Gaetano Ceschia and Andrea Viganò, founders of the studio.

Characterized by a circular floor plan wrapped in cedar wood panelling, made by the company for the occasion, “the dressing room has a perfect shape as only a circle can have,” say the architects, “but it is deformed by corners and coloured niches where the mirror and make-up lights are located. The circular environment is enclosed by a wooden panelling characterised by concave pleating that creates chiaroscuro effects, while the floor is a blue wool carpet that also covers the walls and sofa up to the floors, giving softness and acoustic comfort. Finally, the entrance corridor is embellished with a Murano glass vase and only at the end it reveals the dressing room space.”

Textured surfaces and hidden corners invite visitors and artists to interact with the space, to be experienced with all the senses. 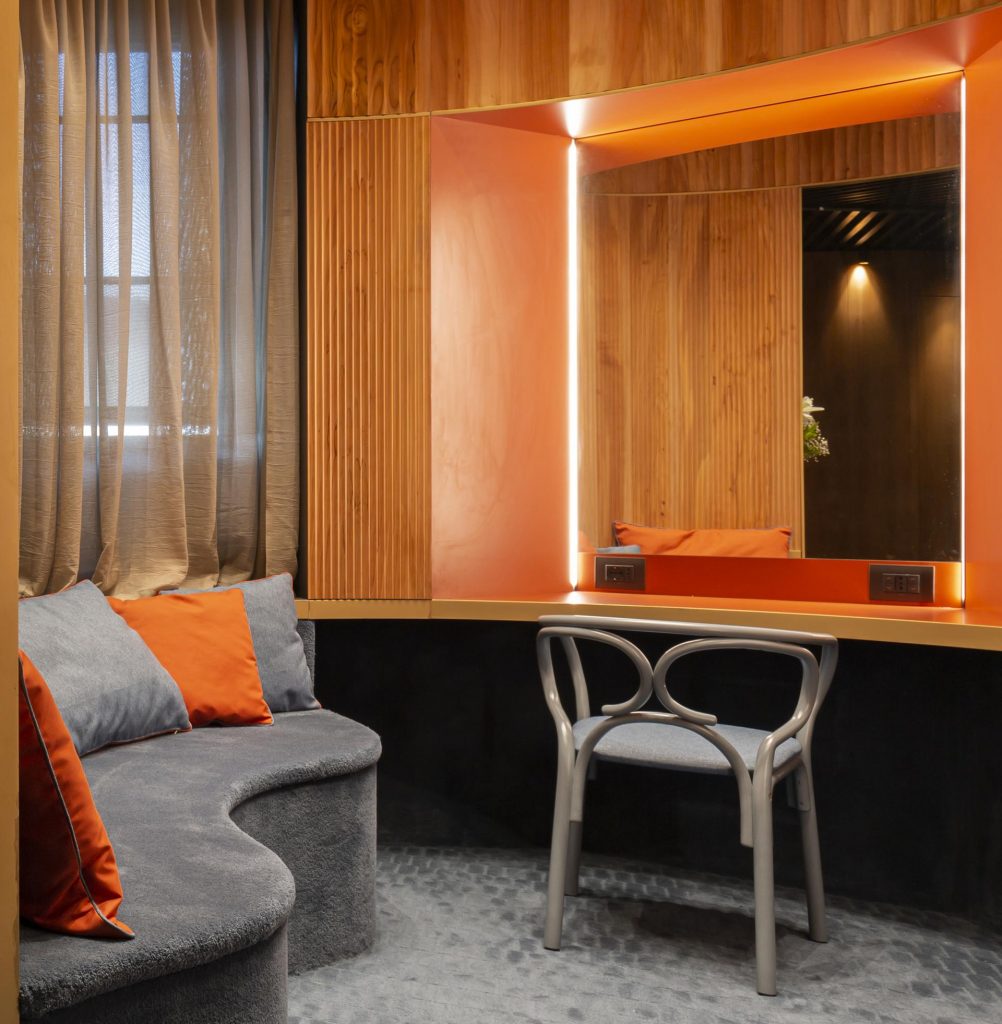 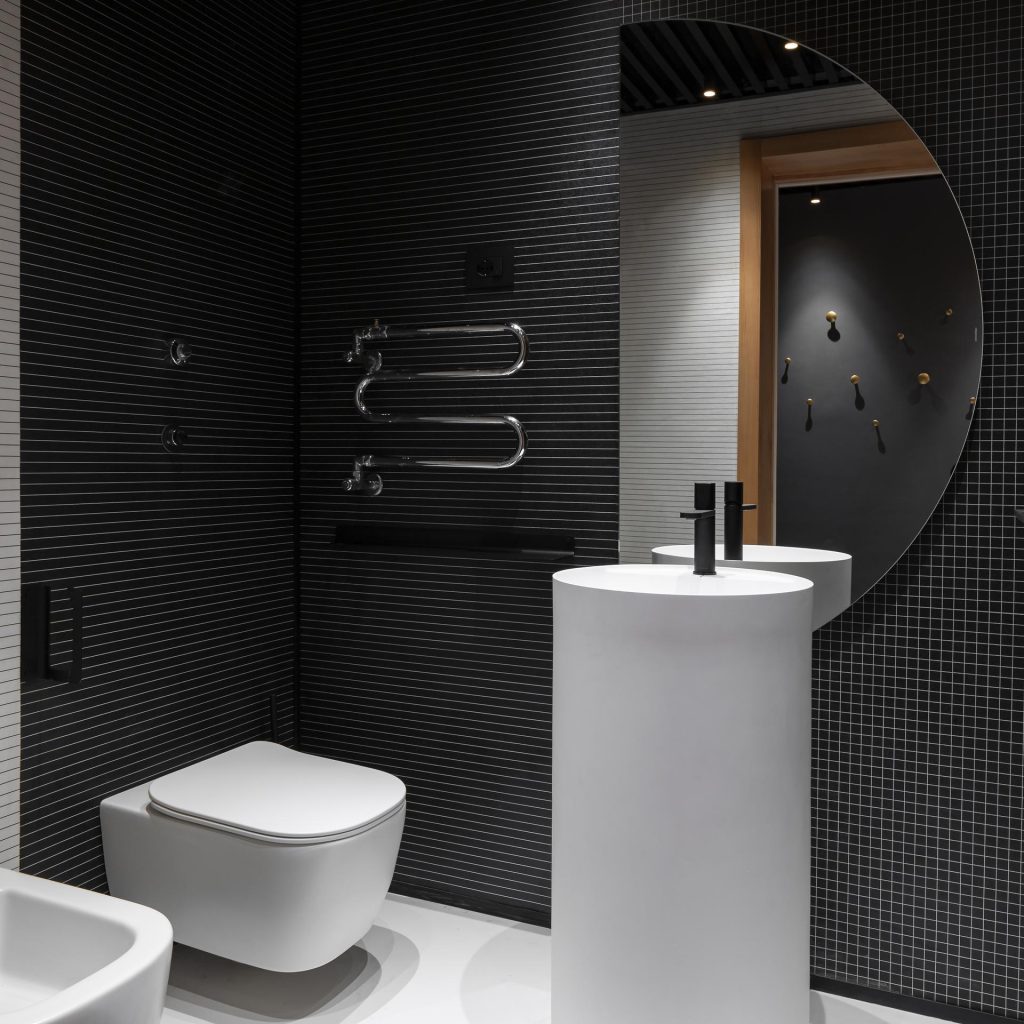