Located on the twenty-first floor of Kimpton’s Sir Francis Drake Hotel and considered a true icon in San Francisco for a hundred years, The Starlight Room, a cult destination of Californian social life, has given itself a spectacular restyling and a new name to celebrate a century since its opening. The last chapter of the famous lounge bar is in fact called Lizzie’s Starlight and offers a historical layering of elements: “Lizzie” is a tribute to Queen Elizabeth I, promoter of the naval expedition with which Sir Francis Drake managed to circumnavigate the globe and arrive in San Francisco; crystal lamps, boiserie, decorations and large mirrors recall the 1920s – when the club opened to the public for the first time – and the typical style of the English Renaissance.

The 4,100 m2 of the club, whose interior was designed by Dawson Design Associates, are dominated by the white colour, which provides a neutral background on which to coordinate the various historical references. The space, with its high ceilings and elongated windows with a panoramic view of the city, is thus a lightweight container, inside which luxurious crown moldings, brick cladding, decorations inspired by 16th century gorget collars, exposed systems, suspension units combined with projectors, stools with metal structures and comfortable seating are mixed.

The armchairs and chairs, chosen for this eclectic project, are both from the Ava collection by Bross, designed by Michael Schmidt: thanks to the soft lines of the shell and the unique rhomboidal quilted front cover, the Ava chairs combine contemporary shapes with retro details. The velvet-covered armchairs, on the other hand, suggest a more contemporary interpretation of the original atmosphere of Lizzie’s Starlight, linking the Elizabethan era and the most advanced technologies of our millennium. 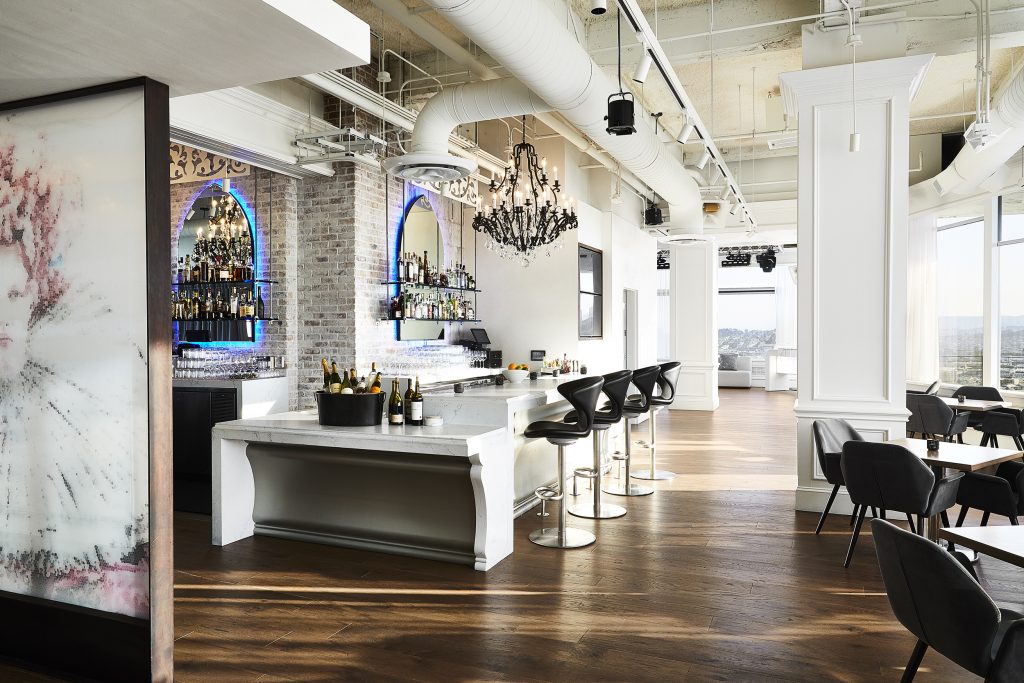